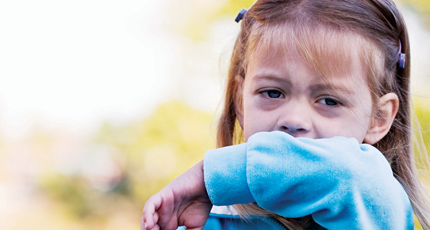 There was fuss in the media last month about a little study of 26 vaccinated Florida pre-schoolers, who got sick with B. pertussis whooping cough or had pertussis-like symptoms during a five-month period in 2013.1 All of the children, aged one to five years attending the Tallahassee preschool, had received three to four doses of pertussis vaccine (DtaP) according to the CDC recommended schedule. Nervous doctors and media pundits selling vaccine orthodoxy warned that vaccine critics would make a big deal out of it.2

Let’s examine the evidence to see if it is logical to make a big deal out of kids in a preschool classroom infecting each other, plus infecting other kids in their homes with whooping cough, even though all of them had been vaccinated.

The study, conducted by CDC and Florida public health officials, was published in Emerging Infectious Diseases on January 15, 2016 and revealed that pertussis vaccine effectiveness among children attending the preschool was estimated to be 45%. The average number of days from last vaccination to onset of pertussis symptoms in the pre-schoolers was 22 months, with seven children having been vaccinated within the previous year.

During their investigation, public health officials found that “it was apparent that many physicians were hesitant to provide a diagnosis of pertussis and did not test for this disease, given the recent vaccination history of the patients and despite reporting of an ongoing laboratory confirmed pertussis outbreak.”  They added that, “pertussis vaccination should not dissuade physicians from diagnosing, testing, or treating persons with compatible illness for pertussis.”

The fact that doctors are not bothering to check to see if vaccinated kids are infected with and transmitting pertussis should come as no surprise to public health officials and medical trade associations like the American Academy of Pediatrics. They have spent decades carefully teaching pediatricians and other vaccine providers to believe that vaccines are nearly 100% effective and safe, and that anyone who believes otherwise is an ignorant fool, a danger to the public health, and in need of re-education or punishment.3 4 5

The Florida study’s authors pointed out the obvious: the failure of pediatricians and other vaccine providers to diagnose pertussis infection in a vaccinated child is not helpful. “The spectrum of illness for pertussis in vaccinated children can vary widely and is often mild, with few classic symptoms of pertussis. Hesitation by providers in reporting presumptive pertussis delays public health response to prevent continued transmission of pertussis in the community,” they said.

It is understandable why pediatricians do not want to admit to themselves, much less admit to parents, that a vaccine they insist children and pregnant women get to prevent pertussis actually does not do that most of the time. Why should pediatricians suspect that a fully vaccinated child with either no symptoms or few symptoms is infected with and transmitting pertussis, when the CDC and AAP have taught them to believe vaccine orthodoxy is the truth and nothing but the truth? The media dutifully reinforces vaccine myths by not questioning vaccine orthodoxy, either.6

CDC and AAP officials have only themselves to blame for pediatricians sticking their heads in the sand when the message they have put out for 50 years and still put out is “Pertussis, or whooping cough, can be prevented with vaccines.”7 Clearly, for the recently vaccinated pre-school children in Florida up to date on their DTaP shots, the pertussis vaccine prevented whooping cough less than half the time!

If a car seat belt failed more than half the time, it would pulled off the market.

Tdap Fails to Protect California Adolescents After One Year

On the heels of the Florida toddler study, a Kaiser Permanente study published in Pediatrics concluded that Tdap vaccine effectiveness was only 69% among 1200 California adolescents given Tdap during pertussis outbreaks between 2010 and 2014 in that state.8 Vaccine effectiveness waned to less than 9% after four years. And, despite a Tdap adolescent coverage of more than 90% in northern California, they had the highest incidence of pertussis of any age group in 2014.

Because Tdap provides reasonable short-term protection, it may contain whooping cough more effectively if it is administered to adolescents in anticipation of a local outbreak rather than on a routine basis at age 11 or 12.9

The California legislature should take note since they passed a law last year denying a school education to children who have not gotten a Tdap booster shot at age 11 or 12 years old.10

Another Study: Siblings Major Source of Pertussis for Infants

It is interesting that the media attention being given to the small DTaP Florida pre-school study and the Tdap Kaiser Permanente adolescent study has overshadowed a much bigger story about pertussis vaccine failure that was revealed in a study published in October 2015 in Pediatrics.11 That study conducted by public health officials evaluated reported pertussis cases in the U.S. between 2006 and 2013 among children under age one and revealed “the emergence of siblings as the major reservoir of infection.” The researchers concluded that infants are more likely to get whooping cough from their brothers and sisters than from their mothers.

Children and Adults Transmitting Pertussis With Few or No Symptoms

The inconvenient truth about pertussis vaccine is that a lot of children and adults transmitting pertussis don’t have classic symptoms and are not being lab tested and this was a major problem for study researchers trying to identify the source of pertussis infection in infants under age one. They said,

Potential sources who were asymptomatic or had mild illness without cough may have also been missed in our study as we relied solely on parent report without laboratory testing of household members or other infant contacts.

The other problem for study researchers was that they didn’t know if people with cough symptoms had pertussis or another type of respiratory bacterial or viral infection. They admitted, “…. additionally without laboratory confirmation, we were unable to determine if B. pertussis was the actual cause of cough illness in the identified SOIs (sources of infection).”

Vaccine orthodoxy dictates that if 90% or more of people in a community get vaccinated, the community will be protected from infectious disease. The federal government’s Healthy People 2020 Immunization Goals confirms that vaccine orthodoxy tenet.12

However, the CDC now quietly admits on its website that “the bacteria that cause pertussis are always changing at the genetic level” and there is “waning immunity” from the vaccine and that ”an increase in reported pertussis cases began to rise in the U.S. in the 1980’s,13 when more than 94% of kindergarten children had received 4 to 5 whole cell pertussis-containing DPT shots.14 Today, 94% to 98% of kindergarteners have 4 to 5 acellular pertussis-containing DTaP shots,15 plus 88% of children aged 13 to 17 years have gotten an additional Tdap booster shot.16

Despite a three-decade 94% or greater pertussis vaccination rate among U.S. children with both whole cell DPT and acellular DTaP vaccines—a coverage rate that well exceeds the government’s Healthy People 2020 Immunization Goal of 90% coverage—B. pertussis whooping cough is circulating, often silently circulating, throughout our population without being diagnosed. And it has been doing that for a long, long time.17

So what is the solution that public health officials have come up with? It is irrational and completely unscientific but here it is: vaccinate all pregnant women. After confirming the ineffectiveness of pertussis vaccine to prevent infection and asymptomatic transmission among vaccinated children, the public health official authors of the October 2015 Pediatrics study nevertheless concluded that,

Strong support of vaccination during pregnancy is needed to maximize the protection of infants in the first critical months of life.

How sad that instead of simply informing the public that the pertussis vaccine is a failure, health officials desperately clinging to vaccine orthodoxy are pushing pertussis vaccine risks on vulnerable pregnant women and have been dong that since 2011, without proving safety or effectiveness first.18