The Environmental Tragedies of Vaccines 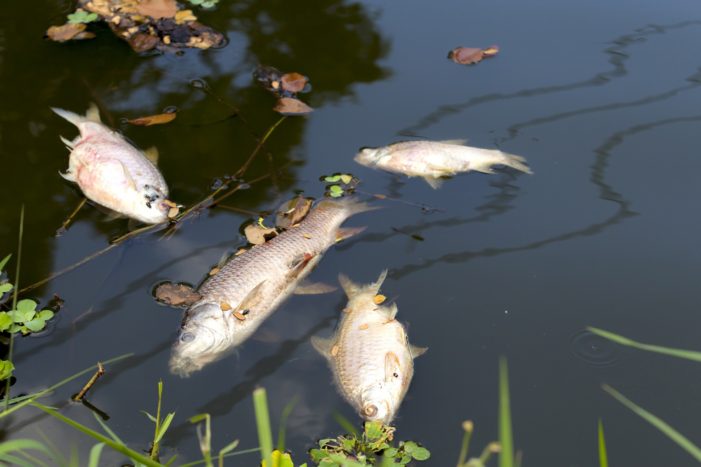 Concerns over the physiological effects of vaccines on humans are widely discussed but the public conversation about vaccine risks rarely focuses on the detrimental impact on our environment? Unfortunately, vaccines not only cause harm to individuals but also pose serious threats to our environment and ecosystems—an issue that deserves more attention than it gets.

So the question we should all be asking is: How do vaccines affect our environment?

In the past, there have been several cases whereby vaccine manufacturing, vaccine ingredients and vaccine administration have led to ecological disasters, including two examples noted below.

The factories in which vaccines are manufactured are the beginning of the trail of toxic footprints caused by the vaccine industry.

In 2006, vaccine manufacturer Merck was responsible for illegally discharging 25 gallons of a cyanide-containing chemical known as potassium thiocyanate from its vaccine research pilot plant in Philadelphia into a sewer.1 2 Consequently, the discharge entered a wastewater treatment plant, reacted with chlorine and emerged in the Wissahickon Creek killing 1,000 fish.1

Potassium thiocyanate was used at the site to increase the production of one of Merck’s experimental vaccines. The scale up was cast aside but instead of disposing the chemicals safely, operators of the pilot project poured it down the drain.1 The Environmental Protection Agency estimated that the extent of the pollution ran between 2 to 8 miles downstream.1

The settlement looks beyond the present toward protecting our water sources for future generations. When you get right down to it, no one should have to worry about whether that glass of kitchen water they’re drinking will make somebody sick.

Some ingredients used in vaccines are obtained from animals and wildlife. For example, the H1N1 vaccine for swine flu contained a substance known as squalene. Squalene is commercially derived from fish oils and shark liver oil in particular.4 It is used as an adjuvant in vaccines to hyper stimulate the body’s immune response to an antigen so the vaccine theoretically will be more protective.

Squalene is found in smaller amounts in olive oil, wheat germ oil and rice bran oil; however, it is primarily extracted from deep-water sharks caught by commercial fishermen.4

There are several very disturbing issues associated with use of shark-liver-oil squalene. The deep-water sharks targeted have extremely low reproductive rates, and many are threatened species.4

According to suppliers, the gulper shark is known as the Rolls Royce of squalene-producing sharks.4 Unfortunately, this type of shark is also listed on the 2015 International Union for Conservation of Nature’s (IUCN) Red List of Threatened Species, reinforcing that this particular species faces a high risk of extinction.4 5

Since gulper sharks live in the deep seas, they are caught using bottom trawling, which, according to O’Malley,

is a horribly destructive fishing method that just bulldozes everything in its path and destroys enormous areas of the ocean floor.4

What contributes to this tragedy is that gulper sharks grow very slowly thus compromising their survival. It takes a female 12 to 15 years to reach its reproductive maturity before it can become pregnant, after which it gives birth to one shark following a 2-year gestation period. As a result, the death of one female shark has an significant impact on the overall population.4

Squalene has been used in vaccines in Europe for decades and in the past few years the FDA has approved squalene adjuvants for vaccines distributed in the U.S. In 2006, the European Union established regulations limiting deep-sea shark fishing in the Northeast Atlantic, which has decreased the supply available in the market; however, suppliers continue to actively seek fishers for this shark.4

There are some types of genetically engineered vaccines currently in the process of research and development that potentially pose serious and frightening ecological and environmental threats. It is predicted that the use of such vaccines will soon be widespread.6

Live virus and genetically engineered virus-vector vaccines can cause vaccine strain virus infection and shedding in the vaccine recipient and close contacts, as well as result in vaccine strain viruses being shed into the environment, such as water supplies.7 Here is how Terje Traavik, Scientific Director of the Norwegian Institute of Gene Ecology’s report, An Orphan in Science: Environmental risks of Genetically Engineered Vaccines, describes the potential unpredictable risks on the environment:

It been demonstrated that minor genetic changes in, or differences between, viruses can result in dramatic changes in host spectrum and disease-causing potentials. For all these vaccines, important questions concerning effects on other species than the targeted one are left unanswered so far. The opportunity of a genetically engineered vaccine virus to engage in genetic recombinations with naturally occurring relatives is another unpredictable option. The new, hybrid virus progenies resulting from such events may have totally unpredictable characteristics with regard to host preferences and disease-causing potentials. Furthermore, when genetically modified or engineered virus particles are broken down in the environment, their nucleic acids will be released, representing the same unpredictable risk potentials.6

Reinforcing the seriousness of the physiological and environmental impact of generically engineered vaccines, Traavik notes,

Genetically engineered self-replicating and/or -expressing vaccines may turn out to be good equipment in science, but too dangerous for practical large-scale use. I find it evident that the various putative risk factors and hazards related to these vaccines ought to be adequately investigated before we and the ecosystems are massively exposed to them. Many of the vaccine constructs may have obvious value within basic and applied research, but should be kept contained until credible ecological risk assessments are possible.8

5 Responses to "The Environmental Tragedies of Vaccines"