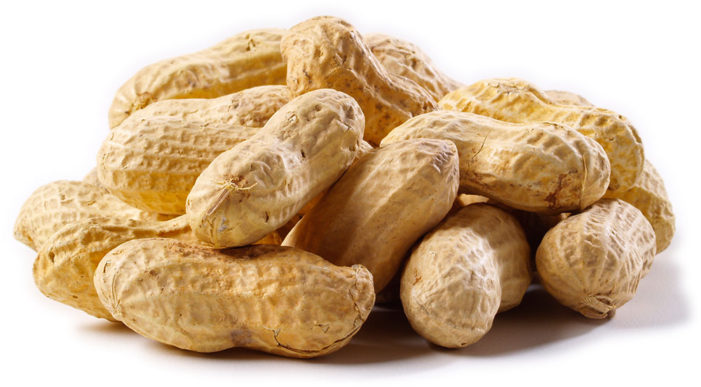 On September 19, 1964, an article titled “Peanut Oil Used In A New Vaccine” appeared in The New York Times.1 It was written by Stacey V. Jones.  The piece noted that an influenza vaccine, which had just recently been patented by Merck & Co., Inc., carried a key ingredient known as Adjuvant 65, which contained peanut oil. The adjuvant, aimed at slowly releasing antigens to “stimulate the creation of antibodies,” was described as “an emulsion of refined peanut oil in water to which are added an emulsifier and a stabilizer.”1

The vaccine was developed by Allen F. Woodhour, PhD and Dr. Thomas B. Stim over the course of six years as part of a partnership between the Merck Institute for Therapeutic Research and the Children’s Hospital of Philadelphia, PA.1

According to the Times article, the vaccine was still under study at the time and had not been licensed for “general use,” although clinical trials had been conducted on 880 individuals, who had been given the killed influenza virus containing Adjuvant 65.1 A report published in The New England Journal of Medicine on September 3, 1964 described the “clinical and immunologic findings” of the trials on the participants, which resulted in the “development of a new and highly effective adjuvant, called adjuvant 65.”2

On January 12, 1967, The New England Journal of Medicine published another report evaluating Adjuvant 65 for “human use.”3 The authors of the report, led by Robert E. Weibel, MD and Allen F. Woodhour, PhD, described Adjuvant 65 as follows:

The adjuvant preparation consisted of a water-in-peanut-oil emulsion of aqueous vaccine employing mannide mano-oleate (Arlacel A) as emulsifier and aluminum monostearate as stabilizer.3

The desirability for maximal purity of antigens included in adjuvant formulations led to the development of a highly purified aqueous influenza-virus vaccine that has been tested both as aqueous material and incorporated into adjuvant 65 with excellent results.3

the antibody responses in children and in older persons to a  highly purified bivalent influenza-virus vaccine in adjuvant 65 compared with those obtained with the purified and ordinary Sharples-concentrated aqueous vaccines. The vaccines were bivalent and contained only contemporary influenza A2 and B strains.3

According to the report, the clinical trials with Adjuvant 65-containing vaccines were performed at the Pennhurst State School and St. Joseph’s Children’s and Maternity Home in Pennsylvania. Both of those institutions cared for “mentally retarded” individuals. The “investigations” were undertaken with the “concurrence of the medical and supervisory staffs of the institutions and with the approval of the Pennsylvania Association for Retarded Children.” The participants in “Study 55” at Pennhurst were mostly adults, while those in “Study 63” were children.3

In her book The Peanut Allergy Epidemic: What’s Causing It and How to Stop It, Heather Fraser notes that Merck ultimately decided not to “pursue” Adjuvant 65 for use in vaccines licensed for use in the United States. She cites concerns about the emulsifier Arlacel A—that it “appeared to induce tumors in mice.”4

According to a report by published in Clinical Microbiology Reviews by Sook-San Wong and Richard J. Webby of St. Jude Children’s Research Hospital in Memphis, TN:

Currently licensed adjuvants for vaccine usage include aluminum salt (alum) and the squalene oil-in-water emulsion systems MF59 (Novartis) and AS03 (GlaxoSmithKline). MF59 has been licensed for use with seasonal vaccines in the elderly in some countries, while ASO3 has been used in conjunction with monovalent preparations of inactivated 2009 pandemic H1N1 and prepandemic H5N1 virus vaccines.5

Oil in water vaccine adjuvants have always been controversial because they stimulate an abnormally strong immune response that may lead to immune disorders.6 Reports of squalene adjuvanted experimental anthrax vaccines were linked to autoimmune disorders in Gulf War veterans,7 although the U.S. Department of Defense continues to deny that squalene adjuvants were used in anthrax vaccines given to military personnel.

GlaxoSmithKline’s ASO3 adjuvanted H1N1 pandemic influenza vaccine used in Europe and other parts of the world in 2009-2010 have been associated with narcolepsy, an autoimmune disorder.8 9 In 2013, the FDA licensed the first squalene (AS03) adjuvanted H5N1 influenza A “bird flu” vaccine for national emergency stockpiles.10 In September 2015, the FDA Vaccines and Related Biological Products Advisory Committee voted to approve fast track licensure of a squalene (MF59) adjuvanted influenza vaccine for use in the elderly, but vaccine safety advocates voiced concern about lack of adequate scientific evidence the oily adjuvant has been proven safe for use in U.S. seniors.11 12