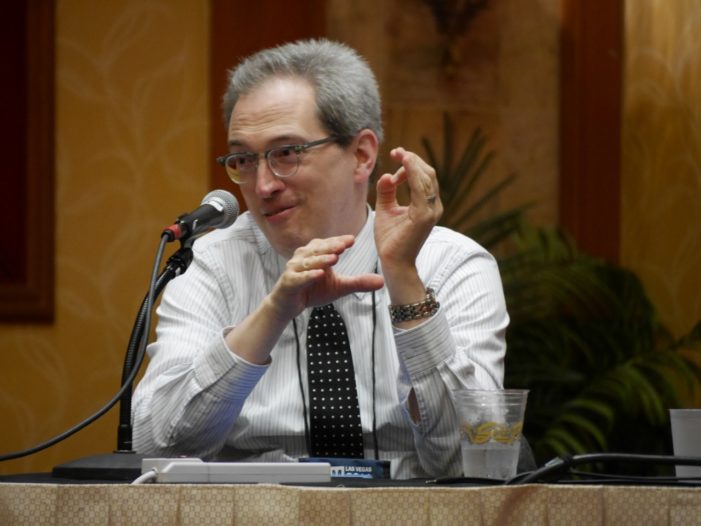 Here’s how it usually goes… You say you have some doubts about vaccine safety and all those vaccinations the government requires you to give your kids. You say you’re concerned about serious side-effects you keep reading about, and particularly potential links to autism and autoimmune disorders, and the reports of encephalitis and shock. A typical response from mainstream proponents of vaccines would proceed like this…

Oh, you’re being silly, you don’t know the science. Look, 99.9% of all doctors and scientists will tell you that vaccines are safe and effective. The science is solid, it’s long been proven beyond a shadow of a doubt.

Ninety-nine point nine percent. That sounds pretty convincing. Of course, it’s unclear what formula, study or survey was used to come up with that figure, so you start to do your own research, and you quickly realize there are lots of doctors and scientists, in addition to well informed parents, journalists and consumer advocates, who do not subscribe to the establishment’s mantra about vaccine safety and effectiveness. They do not believe the myth that the science is settled, and some are very vocal about their reservations or opposition to it.

The more you read, the more you start to realize that there is a growing chorus of doctors, scientists, nurses, and other health care providers who have serious questions about the current vaccine paradigm favored by the pharmaceutical industry, government agencies, such as the Centers for Disease Control and Prevention (CDC) and Food and Drug Administration (FDA), medical trade groups, and the mainstream media.

Increasingly, professionals within a wide range of health care and science fields are giving interviews and writing articles and books voicing their concerns about vaccine risks, the misrepresentation of the historical role of vaccines in reducing mortality from infectious diseases, the expanding schedule and number of vaccines mandated, or even the basic mechanism theories behind vaccine science.

Predictably, every time you give the name of a contrarian doctor or scientist in response to the 99.9% figure, what you tend to get is, “Eh, well, he’s a quack, she’s not credible.” Also, you get referred to blogs such as Science-Based Medicine1 or Respectful Insolence,2 or the Skeptical Raptor’s Blog.3 The first two are often written by or associated with a guy named David Gorski, MD, who also goes by the alias “Orac.” Gorski is a surgical oncologist and an assistant professor of surgery at Wayne State University School of Medicine in Detroit, MI.4 The third is written by Michael Simpson, who goes by the “Skeptical Raptor.”5 This is how Simpson describes himself on his blog:

Should you wish to debunk someone, anyone, who dares to disagree with mainstream thinking on vaccines, all you need do is inform Orac or the Raptor, and either will gladly oblige by writing up a boorish piece, long on insult and short on science. Their methods are painfully predictable. In one piece earlier this year, Raptor criticized a prominent immunologist6 who had the nerve to write an open letter on vaccine science to state legislators in California about to vote on a bill eliminating personal belief vaccine exemptions. The piece started out by dismissing the individual’s credentials outright. Raptor writes:

One of the most irritating problems I have with the antivaccination movement  is their over-reliance on false authorities, where they trumpet the publications or commentary from someone who appears to have all of the credentials to be a part of the discussion on vaccines, but really doesn’t.6

In the same piece, Raptor takes a backhanded swipe at a leading neuroscientist and a molecular biochemist by first acknowledging their “sterling credentials in medicine and science,” and then going on to say…

In a crude shot at a pediatrician allowing parents in his practice to make informed, voluntary vaccine decisions for their children, Orac writes:

If [he] weren’t such a worthless excuse for a pediatrician when it comes to promoting misinformation about vaccines, I’d almost feel sorry for him. Almost. He is, however, a perfect example of what the phrase ‘hoist with his own petard’ means.7

Orac took aim at a well-respected nephrologist, who left a successful private practice to speak out about the damage being done by doctors taking a narrow-minded, aggressive approach to vaccination of patients::

As someone who comes from a strong basic science background, having been a chemistry major (who graduated with honors–so, there!), I think I can see [her] problem. First, she seems unduly proud of her science background, wielding it like a talisman against charges that she doesn’t know what she’s talking about (which she doesn’t). Unfortunately, as those of us in medicine know, what you did 25 or more years ago in college has little bearing on what you can or can’t understand now.8

And here is Orac having a go at a top notch molecular and cellular physiologist:

A real molecular biologist who did real research for various biotech and pharmaceutical companies, apparently competently, for 20 years, she suddenly embraced antivaccine pseudoscience, apparently based on her embrace of fundamentalist Catholicism.9

Catholicism appears to be what first led [her] to embrace her pseudoscientific hypothesis about fetal DNA in vaccines and autism, the tragic death of her child less than a month and a half ago is unlikely to do anything but cement in her mind the evils of vaccines made using fetal cell lines.9

Notice the pattern. This is only a smattering of the handiwork of these two bloggers, but you begin to get the idea. Orac’s defensiveness, in particular, may have something to do with his research on a Sanofi-Aventis drug called Riluzole (Rilutek®),10 which may well eventually be used to treat autism. Riluzole has been approved for clinical trials (for autism) by the FDA, and one can imagine the money that might be at stake if the drug makes it to market.11 12 13

But then, reason would dictate that Orac’s criticisms of individuals disagreeing with his views not be so personal and mean-spirited, because it’s always more effective in the long-run to present one’s case standing atop the moral high ground, instead of down in the gutter.

The collection of disparaging pieces by Orac and Raptor about anyone offering a different perspective about vaccination is so impressive in both volume and diversity it’s a wonder they have any time left for their day jobs. But rather than take umbrage, those at whom such vitriol is aimed should feel comforted by Socrates’ memorable adage, “When the debate is lost, slander becomes the tool of the loser.” Or its modern-day equivalent by Britain’s Maggie Thatcher, “I always cheer up immensely if an attack is particularly wounding because I think, well, if they attack one personally, it means they have not a single political argument left.” (… just replace “political” with “vaccine”).

So yes, if you take Orac’s and Raptor’s trolling and their blogs seriously, you are likely to believe that 99.9% of all doctors and scientists are enthusiastically onboard with the mainstream vaccine paradigm, because you have automatically excluded all those who Orac, Raptor and others like them are afraid of and try really hard to discredit and silence.

Note:  The original version of this article mistakenly attributed the Science-Based Medicine, Respectful Insolence, and the Skeptical Raptor’s Blog blogs to David Gorski, who is only associated with the first two. The Skeptical Raptor’s Blog is written by Michael Simpson. Our thanks to both individuals for kindly pointing out this error in their respective pieces titled “I am Spartacus! or: Orac applies some Insolence to a rather confused anti vaccine blogger” and “Internet troll connects the dots – mockery ensues”. The author stands corrected.