How the CDC Made 30,000 Polio Diagnoses Disappear 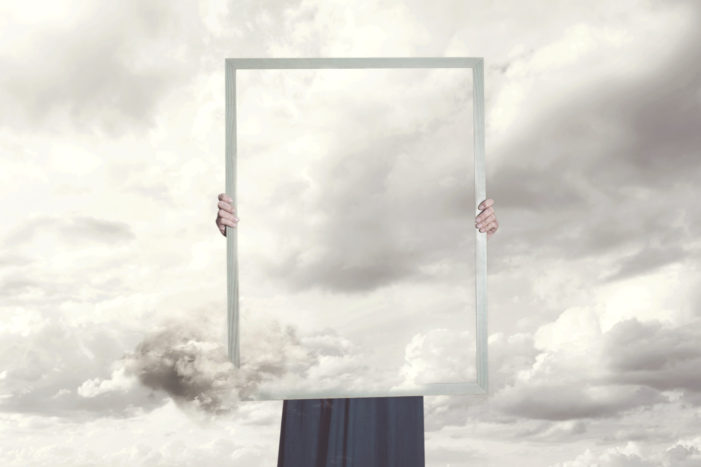 The graph (click here) is from the Ratner report1, the transcript of a 1960 panel sponsored by the Illinois Medical Society, on which sat three PhD statisticians and an MD, met to discuss the problems with the ongoing polio vaccination campaign.

The polio vaccine was licensed in the U.S. in 1954. From ‘50 thru ‘55, the striped and clear portions of the bars represent about 85% of the reported cases, or 30,000 per year, on average. Those cases were automatically eliminated by two radical changes the CDC made to the diagnostic parameters and labeling protocol of the disease as soon as the vaccine was licensed—30,000 cases a year we were subsequently told were eliminated by the vaccine.

That success, held aloft as a banner of the industry, is an illusion. The CDC has an awesome power of control over public perception, sculpting it from behind closed doors in Atlanta, with the point of a pen.

Over the last sixty years in the U.S., more than a million cases of what would have been diagnosed as polio pre-vaccine—same symptoms—were given different labels.

The change didn’t stop there, however. As addressed in the Ratner report, they also changed the definition of a polio epidemic, greatly reducing the likelihood that any subsequent outbreaks would be so labeled—as though the severity, or noteworthiness, of paralytic polio had halved, overnight. It’s summed up thusly in the report:

Presently [1960], a community is considered to have an epidemic when it has 35 cases of polio per year per 100,000 population. Prior to the introduction of the Salk vaccine the National Foundation defined an epidemic as 20 or more cases of polio per year per 100,000 population. On this basis there were many epidemics throughout the United States yearly. The present higher rate has resulted in not a real, but a semantic elimination of epidemics.

And that’s precisely what happened to polio: not a real, but a semantic elimination of the disease.

In the decades following the release of the vaccine, additional changes were made to the diagnostic parameters of the disease, changes involving analysis of cerebrospinal fluid and stool and additional testing2, each succeeding change making it less and less likely that a diagnosis of paralytic polio would result.

And, critically, before the vaccine was licensed polio diagnoses were made clinically and accepted from around the nation, duly reported to the American public annually as polio, no lab analysis required, while after it was licensed only the CDC was and is allowed to issue confirmations of paralytic polio—all suspected cases had to be sent to them for analysis and testing.3

Again, perception is key. Because of the persistent pre-vaccine news coverage of the disease, including film footage of paralytic polio victims in leg braces, or immobilized, strapped to huge, inclined boards, or housed in foreboding iron lungs, the public pictured the thousands of kids reported with polio each year as suffering terribly, when in truth the pictures involved only a fraction of a percent of the diagnosed cases.

Moreover, while for many the perception was that the iron lung was a permanent fixture, in the majority of cases the machine was needed only temporarily—generally about one to two weeks.4

The arbitrariness of the change in the diagnostic parameter of paralytic polio, from one day of paralysis to two months, resulting specifically in the elimination of all the cases represented by the striped portions of the bars in the graph, is remarkable. Indeed, the very idea that the length of time you’re ill determines the disease is remarkable!, and flies in the face of the science of virology.

Were you to apply the same logic to measles diagnostics, for instance, and add the requirement of a rash that lasts ten days, the disease would be eradicated, since the measles rash lasts from three to five days. To the point, had they made the requirement three months of paralysis instead of two, several additional thousands of cases of paralytic polio would simply and immediately have fallen off the diagnostic plate, hastening the illusion of complete eradication.

All of the non-paralytic cases, represented by the clear portions of the bars in the graph, and which pre-vaccine were the majority of cases reported simply as polioeach year, were discarded completely!, reclassified. A search through public health department disease statistics reveals that in the U.S. those cases were basically handled as they were in Canada:

It may be noted that the Dominion Council of Health at its 74th meeting in October1958 recommended that for the purposes of national reporting and statistics theterm non-paralytic poliomyelitis be replaced by ‘meningitis, viral or aseptic’ withthe specific viruses shown where known.5

Somewhat remarkable too, eh?, that virtually overnight an entire category of disease is simply abandoned; replaced.

The current non-use of the iron lung is often pointed out by vaccine proponents as proof of the success of the polio vaccine, but that, too, is an illusion; years ago it was replaced by much smaller, portable respirators, some body worn, some bedside—and much in use today.

You’ve gotta give ‘em credit for the hubris. Vaccine proponents will actually cite the fact that many illnesses were misdiagnosed as polio pre-vaccine, attempting to explain why the changes following its licensing were necessary, not necessarily nefarious. But as always, perception is the key, as in any magic act, and the CDC on its website continues to forward the illusion they themselves created:

How common was polio in the United States?

Polio was one of the most dreaded childhood diseases of the 20th century in theUnited States. [Periodic epidemics increased] in size and frequency in the late1940s and early 1950s. An average of over 35,000 cases were reported during thistime period. With the introduction of Salk inactivated poliovirus vaccine (IPV) in1955, the number of cases rapidly declined to under 2,500 cases in 1957. By 1965, only 61 cases of paralytic polio were reported.6

In reality, the charade was continuing right on schedule: Of the ‘35,000 cases of polio reported on average in the late 1940s and early 1950s’, only 15,000 were paralytic—the reduction to 2,500 cases of paralytic polio in 1957, and the complete disappearance of all the non-paralytic cases, was a direct result of the diagnostic changes. It’s smoke ‘n mirrors.

There are a few more puzzle pieces which help complete the picture, the unavoidably undeniable pattern, of conscious, purposeful manipulation of statistics:

In the 90s, “polio eradication initiatives” were implemented in India and Africa. The WHO quickly established the same diagnostic changes in those nations as were made in the U.S. in 1955. The result, as expected, was the announcement two years ago that India is now polio free. What the WHO so conveniently omitted was any mention of the skyrocketing incidence, in both nations, of acute flaccid paralysis7, clinically identical to polio, and following in the wake of the use of the oral polio vaccine, abandoned fifteen years ago in the U.S. because it triggers Vaccine Associated Paralytic Polio:

To eliminate the risk of vaccine-associated paralytic poliomyelitis (VAPP), as ofJanuary 1, 2000, OPV was no longer recommended for routine immunization in theUnited States.8

As you can see (click here), the incidence of acute flaccid paralysis quickly soared to tens of thousands, far surpassing the 1996 incidence of polio.

Midst the labeling deceptions lies another insidious character trait of the vaccine industry. During the polio epidemics in the 40s and 50s in the U.S., one doctor, Fred Klenner, MD, cured every one of the sixty polio patients he treated, some of them paralyzed, using massive injections of vitamin C. Astoundingly, after summarizing his work, his success, at the annual AMA meeting in 1949, Dr. Klenner received neither questions nor comment from his colleagues, and no mention of it was ever made to the American public.9

The nut: the eradication of polio is a total sham, an example of trust misplaced, of power and control run amok. It’s indicative of every aspect of the vaccination paradigm, propelled by a baseless, industry-constructed fear of infectious disease, statistical manipulation and withholding of critical information, and sustained, ironically, by the very and insidious nature of vaccine injury, the bulk of which displays temporally well divorced from the act of the vaccination, obfuscating causal relation.

7 Responses to "How the CDC Made 30,000 Polio Diagnoses Disappear"