Bad Batches: The Effect of Temperature Fluctuations in Vaccines 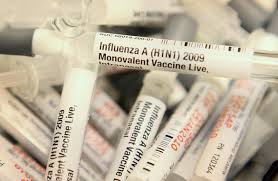 Parents can easily research the ingredients in vaccines and know their family’s medical history to determine the benefit-to-risk profile of those vaccines. But what if a vaccine is altered by temperature variations? Most people, including medical staff, are unaware that the quality and effectiveness of vaccines is critically dependent on proper transport, handling and storage by both the manufacturers and providers. And it seems that bad batches of vaccines, due to temperature variations, may be occurring more often than people realize, creating a largely overlooked and growing global problem of waste and revaccination.

How Does Temperature Play a Role?

According to the World Health Organization (WHO), vaccines are impacted by fluctuations in conditions during transport and storage unlike chemical drugs. The instability and uncertainty can reduce the product’s safety, potency, efficacy and shelf life.1

In order to ensure adequate transport and storage temperatures for vaccines, the Centers for Disease Control and Prevention (CDC) have provided general recommendations on a narrow range of temperatures (between 2° Celsius to 8° Celsius with a target of 5° Celsius) known as the “cold chain.” Additionally, each manufacturer provides storage guidelines specific to their vaccines in the package inserts. The CDC notes that the absence of adequate protections can result in substantial waste from discarded vaccines, diminished potency leading to ineffective vaccines administered to unknowing patients and the unnecessary result of revaccination.

According to the CDC, out-of-range temperatures and its effect on loss of potency depend on a number of factors, including the presence of an adjuvant, whether the vaccine is live or inactivated and whether the vaccine preparation is liquid or lyophilized.

Results of one mouse study suggest that exposing pertussis vaccines to freezing may contribute to low immune responses. In the murine model, researchers tested the immunogenicity of the antigens in the two forms of pertussis vaccines—acellular and whole-cell. Some mice received vaccines stored at the ideal temperatures of 2-8°, while the other mice received vaccines stored below 0° Celsius. Pre- and post-blood tests measured responses to the pertussis toxin and B. pertussis components (e.g., filamentous haemagglutinin and pertactin). Immune responses were lower among the mice that received the adversely stored vaccines versus the mice that received the correctly stored vaccine.3

The study divided 263 private physician solo providers, group providers and community health centers and hospital-affiliated practices into two groups. Approximately one half of the offices received the draft manual (intervention group), while the other half did not. After two months, graduate students conducted blinded site visits to measure refrigerator and freezer temperatures and to interview the offices about different aspects of vaccine management, such as handling of vaccine deliveries, vaccine storage and management of problems.

According to the results, there were no significant differences in vaccine storage practices between the intervention and control offices. Only 26% of the offices had written instructions for handling vaccines in preparation for immunization. Five percent had a written plan in the event of power outages. Seventy-three percent of the office employees knew offhand the correct temperature ranges for vaccine storage, but several were unable to read the mercury thermometer. In fact, some wrongly kept their refrigerator controls down lower because they thought colder temperatures were safer for vaccines, thus increasing the risk for freezing vaccines.

Further, 20% of freezers and 7% of refrigerators were missing thermometers. More than 60% of the offices kept up-to-date temperature logs for all the compartments. Among the logs that were kept, several indicated that the vaccines had been kept outside of recommended ranges for weeks. The site visits observed a number of vaccines stored incorrectly and out of their temperature ranges, as well as expired vaccines.4

Over the years, there has been some improvement in proper transport and storage of vaccines with greater effort from government agencies to address the problem. The Advisory Committee on Immunization Practices (ACIP) and the American Academy of Family Physicians (AAFP) revised their guidelines on proper storage and handling of vaccines in 2002, stressing that adequate storage is important all the way through to delivery. The ACIP stated, “Failure to adhere to recommended specifications for storage and handling of immunobiologics can reduce potency, resulting in inadequate immune response in the recipient.”

In their report, the ACIP and AAFP reviewed vaccine-specific storage recommendations, reiterating the CDC’s guidance that certain vaccines, such as those for measles, mumps and rubella, varicella and yellow fever, are sensitive to warmer temperatures, while others, such as inactivated poliovirus and some inactivated influenza vaccines, are sensitive to freezing temperatures. The report added that it is not easy to distinguish when a vaccine has gone bad from temperature variations. The ACIP and AAFP stressed that mishandled or expired vaccines should not be administered.5 6

A 2002 report involving 721 primary care physician offices in four U.S. cities revealed that nearly 80% adhered to vaccine storage guidelines and most of the vaccines in the offices were not expired. More specifically, 89% used a thermometer to monitor temperatures and 83% of the vaccines were stored at appropriate temperatures. Most did not store the vaccines in the door as instructed, nor did they store food mixed in with the biological materials. Still, the researchers noted that quality improvement activities and intervention programs—such as distribution of thermometers and giving written feedback about compliance—was helpful to improving how primary care physicians store vaccines and should be implemented more often.7

A 2007 meta-analysis addressed the global issue. The review included 35 worldwide studies and estimated that between 14% and 35% of vaccines are subjected to accidental freezing. More specifically, the incidence of vaccines subjected to freezing temperatures during transport was 16.7%in developed countries, while it was 35.3% in developing countries. During storage, the incidences were 13.5% and 21.9%, respectively.8

While there may not be a plethora of evidence available on vaccine transport and storage practices, media reports tell a different story about substantial waste from ineffective vaccines and the unnecessary occurrence of revaccination in the event of out-of-range temperatures.

On September 21, 2015, an employee at the San Mateo Peninsula Pediatrics office, part of Northern California’s Stanford Children’s Health, discovered freezing temperatures in one of the two refrigerators where childhood vaccines were stored, prompting an immediate investigation. The refrigerator’s temperature had gone unchecked by employees since its installation on January 14, 2015. Ten different vaccines, including those for whooping cough, polio, meningitis, rotavirus, human papillomavirus and flu, had been stored in the broken refrigerator. Given the potential for ineffective vaccines due to temperature fluctuations, the office notified 1,551 families via letters and offered repeat vaccinations free of charge.9 10

Similarly, in Los Gatos, CA more than 4,000 people were affected when a pediatric office refrigerator “over chilled” vaccines between February 2014 and March 2015. Letters were mailed to approximately 4,300 families to repeat some or all of the ineffective vaccine series they received. Revaccinations were given at no cost to the families.11

Another 2,000 Ohio residents were advised to be revaccinated in December 2009 after they received a potentially frozen H1N1 flu vaccine during a free clinic.12

In Oregon and Washington, the problem occurred during shipping. Kaiser Permanente recalled 35,000 doses of the Fluvirin flu shot after it was suspected the batch got too cold during shipment. The hospital announced that any patients who received Fluvirin during October 18-21, 2008 could have received ineffective shots and should be revaccinated.13 14

These types of situations are far too common, but can be easily avoided with proper storage and handling of vaccines from the manufacturer to the physician’s office.

6 Responses to "Bad Batches: The Effect of Temperature Fluctuations in Vaccines"