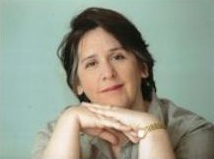 I remember when it all started. 1978—two years after high school. While I was riding the subway to college or to work, I would see the billboards and signs—No Shots, No School! I remember asking myself, “Why would anyone not want to vaccinate their children? How many crazy people are there in this world?” And I was totally disgusted with the fact that such irresponsible, selfish and most likely stupid people existed.

Fast forward ten years to the vaccine injuries of my first child and, not right away, but after years of research, investigation and exhaustive reading, I answered the questions about why anyone would not want to vaccinate their children. And those reasons were scientifically valid and morally responsible.

I answered that question in the firm knowledge that my decision would have no effect on anyone else. Except for the fact that I believe my unvaccinated children are far healthier than their fully-vaccinated peers and therefore, we cost the country a fraction of what other families do in healthcare.

I was interviewed recently by Radio 4ZZZ in Brisbane (Australia) about the rallies occurring across Australia  to protest against the No Jab, No Pay legislation supposedly being enacted [by the Australian government] in January 2016. In that conversation, we spent a lot of time discussing the fact that the government and the medical community are using herd immunity as the reason for insisting that the vaccinated be protected from the unvaccinated.

Herd immunity is a myth. It does not exist. And in fact, the origin of the term had nothing to do with vaccines, disease eradication or even protecting people from infectious diseases.

In the 1930s, herd immunity was used to explain why epidemics were cyclical in nature so they could be predicted. The pivotal researcher into this issue described how when a certain percentage of children had contracted and recovered from measles (approximately 66%), there would be a period of 3-4 years before another outbreak occurred. And this was because measles infection gave you something no vaccine ever can—lifelong immunity.

How can you possibly have herd immunity from vaccines when vaccines don’t convey immunity? It makes no sense!

But the government today is saying that our unvaccinated children are somehow maintaining these diseases in the community—diseases that would have been wiped out if it weren’t for us refusing to ‘do the right thing’ and vaccinate. That we are preventing Australia from reaching levels of herd immunity that would see these diseases wiped out. That level being 95%.

Where did that 95% figure come from?

When my son was little, the herd immunity figure that we were aiming for was 80%. But we reached 80% pretty quickly and outbreaks were still occurring. Obviously 80% must not have been enough (very scientific, don’t you see?) so, hey-presto, it went to 90%. A few years ago, we exceeded 90% but those pesky outbreaks were even worse (especially if we are talking about pertussis, or whooping cough). Once again, the level needed to reach herd immunity was increased.  Now, we needed to reach 95% before the protection would kick in.

There is talk now about herd immunity not being effective until the vaccination rate is 100%. Does the phrase ‘moving the goal posts’ mean anything to you?

So the pollies and health officials who have been out there, pointing the bone at unvaccinated children and telling everyone that ‘vaccines only work if everyone does them’ are really just trying to cover up the fact that their multi-billion dollar vaccination programs are failing.

And whilst many in the community have become sheep-like in regards to this issue, bleating about how our unvaccinated children gave their fully vaccinated little darling the measles, informed parents on both sides of the vaccination divide are refusing to accept such unscientific, illogical nonsense.

Herd immunity does not exist. It is not a ‘thing’. It is a lie.

On the radio program, I said that I would post some articles that demonstrate the myth of herd immunity (and coincidentally, a doctor from NSW just posted a comment on this blog the other day trying to convince me that vaccines induce natural immunity!) as well as the fact that those who are vaccinated against pertussis may be more susceptible to pertussis infection than their unvaccinated peers.

So here goes. And remember—for those who are reading this and have chosen to vaccinate your children, I support your choice 150%! Just as I expect you to support my right not to vaccinate by the same amount. Freedom only works if everyone gets to use it.

Note: This article was reprinted with the author’s permission. It was originally published at nocompulsoryvaccination.