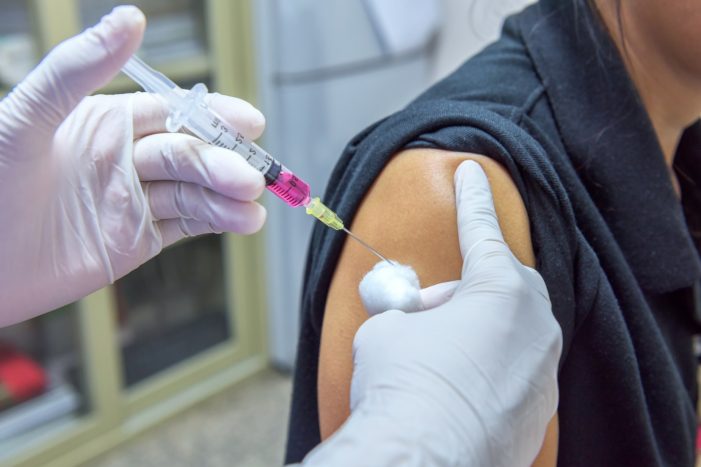 The International Business Times has highlighted a scathing report written by Dr. Peter Doshi of Johns Hopkins University’s School of Medicine cautioning against the annual influenza vaccination campaigns by the Centers for Disease Control and Prevention (CDC). The report was published in the British Medical Journal (BMJ) in May 16, 2013, according to a BMJ press release.

In the IBT article, reporter Vittorio Hernandez writes that Doshi “not only questions how beneficial and safe are the [flu] vaccines but also points out that some people are forced to be vaccinated or else could lose their jobs.” He writes that Doshi cited retired neurosurgeon Dr. Russell Blaylock who has stated that he believes the flu vaccine to be “completely worthless.”

The BMJ release says, “Doshi argues that the vaccine might be less beneficial and less safe than has been claimed, and the threat of influenza appears overstated.”

The IBT piece attributes the CDC’s campaigns each fall, at least in part, to pressure from pharmaceutical firms, “which benefit financially from the sale of vaccines… ” It notes that “in 20 years, the volume of vaccines available in the U.S. has ballooned to 135 million doses from 32 million doses in 1995.”

In the BMJ press release, Doshi is said to describe the CDC’s unbalanced promotion of influenza risks as a case of “disease mongering” largely aimed at expanding markets for new vaccines by pharma. The suggestion is that it is about selling sickness for the sake of profit. The release quotes Doshi as saying, however, that “here the salesmen are public health officials, worried little about which brand of vaccine you get so long as they can convince you to take influenza seriously.”

In addition to Doshi’s argument against the effectiveness of the flu vaccine and his criticism of the business aspect of the vaccine’s promotion, Hernandez writes that Doshi has expressed concerns about the safety of the vaccine…

But he (Doshi) says an Australian study reports that one in every 110 children under five years old vaccinated in 2009 for the H1N1 flu had convulsions. Among adolescents, an increase in narcolepsy cases was observed.

According to the BMJ release:

[Doshi] also questions the CDC’s recommendation that beyond those for whom the vaccine is contraindicated, influenza vaccine can only do good, pointing to serious reactions to influenza vaccines in Australia (febrile convulsions in young children) and Sweden and Finland (a spike in cases of narcolepsy among adolescents).

Narcolepsy is a chronic neurological sleep disorder that affect one’s ability to regulate sleep-wake cycles, resulting in severe drowsiness during the day and sudden sleep attacks.

Read the full August 20, 2015 article “John Hopkins U scientist questions CDC push for flu vaccine” in the International Business Times and the May 16, 2013 press release “Expert questions US public health agency advice on influenza vaccines” from the British Medical Journal.