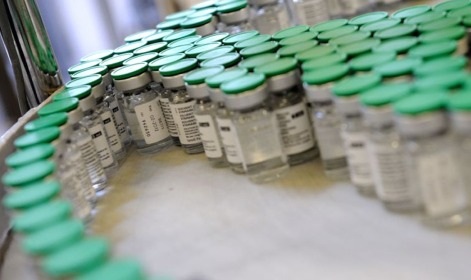 In mid-July 2015, vaccine maker Sanofi Pasteur SA of France announced that the U.S. Food and Drug Administration (FDA) has released the first dozes of the company’s Fluzone vaccine supplies for use during the 2015-2016 flu season. In a Sanofi Pasteur press release picked up by MarketWatch, the corporation said that it will ultimately produce more than 65 million doses of Fluzone for the U.S. market. Doctors and other vaccine providers in the U.S. are expected to receive the first shipments of Fluzone before the end of August in time for influenza vaccine campaigns that will start this fall.

According to the press release, Sanofi Pasteur will supply a “wide portfolio” of Fluzone for “children as young as six months of age through adults 65 years of age and older.” The company states that the portfolio will include the Fluzone High-Dose vaccine “specially formulated” for those 65 or older; Fluzone Intradernal Quadrivalent vaccine for people 18-64 years of age; and Fluzone Quadrivalent and Fluzone trivalent vaccines for children and adults over six months old.

Fluzone contains three or four type A and B strains of the influenza virus, which are selected each year by public health officials in the U.S. and World Health Organization (WHO). Side effects of the vaccine listed by Sanofi Pasteur include:

The company warns that none of its Fluzone vaccines should be given to people with a “severe allergic reaction (e.g., anaphylaxis) to any vaccine component, including egg protein or thimerosal or to a previous dose of any influenza vaccine.” It notes that only multidose vials of the vaccine contain thimerosal.

[Sanofi Pasteur is only one company among many that market influenza vaccines in the U.S. Visit NVIC.org to learn more about influenza and to access product package inserts published by flu vaccine manufacturers that contain labeling information required by the FDA.]

6 Responses to "Sanofi Pasteur Will Deliver 65 Million Doses of Flu Vaccine to U.S."