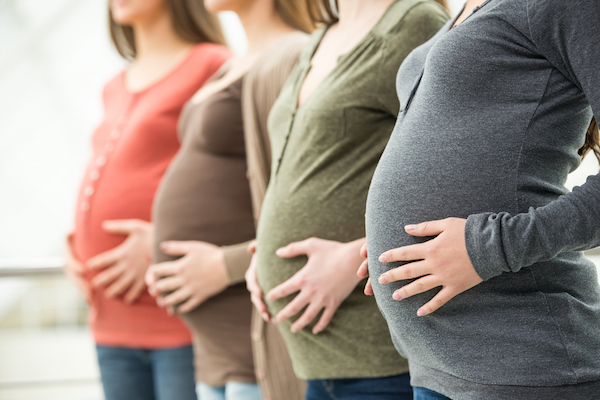 The Tdap vaccine is a combination of the Tetanus, Diphtheria and Pertussis (whooping cough) vaccines into a single shot. In October 2011, the Advisory Committee on Immunization Practices (ACIP) at the Centers for Disease Control (CDC) put forth a new recommendation for pregnant women to receive one dose of Tdap after 20 weeks gestation in an effort to prevent pertussis (whooping cough) in newborn infants.1 The federal recommendation was made after reported whooping cough outbreaks in several states in 2010 and 2011.2 3

TdaP Vaccine Not Studied in Pregnant Women Before Licensure

In making the Tdap pregnancy recommendation in 2011, the CDC’s vaccine advisory committee admitted that:

According to the ACIP in 2011, giving Tdap vaccine to pregnant women who had not previously gotten a Tdap booster would allow them to transfer vaccine induced pertussis anti-bodies to the fetus through the placenta, theoretically providing protection to newborns until they receive the first dose of DTaP vaccine at two months old.

CDC Does Not Know If Policy Will Protect Newborns

However, in October 2012, the ACIP voted to recommend the Tdap vaccine be given to all women during every pregnancy even to those who had previously gotten a TdaP booster shot.4 ACIP used a lot of qualifying words like “is expected to” and “likely providing” and “less likely to become infected” when making the 2012 recommendation:

Vaccination of women with Tdap during pregnancy is expected to provide some protection to infants from pertussis until they are old enough to be vaccinated themselves. Tdap given to pregnant women will stimulate the development of maternal antipertussis antibodies, which will pass through the placenta, likely providing the newborn with protection against pertussis in early life, and will protect the mother from pertussis around the time of delivery, making her less likely to become infected and transmit pertussis to her infant.

The ACIP voted to make the Tdap pregnancy recommendation in 2012 while at the same time admitting that vaccine induced pertussis antibodies confer little or no long-term protection to those who get the vaccine. Again using qualifying language such as “likely confer protection” and “might prevent pertussis,” federal vaccine policymakers expressed ignorance about how the newborn immune system functions and whether or not the Tdap pregnancy vaccination policy would be effective in preventing or modifying the severity of disease complications in newborns.

The effectiveness and optimal concentration of maternal antipertussis antibodies in newborns are not yet known, but high levels of antibodies in the first weeks after birth likely confer protection and might prevent pertussis or modify disease severity. Studies on the persistence of antipertussis antibodies following a dose of Tdap show antibody levels in healthy, nonpregnant adults peak during the first month after vaccination, with substantial antibody decay after 1 year.

Where is the Science?

Before ACIP made the sweeping Tdap pregnancy recommendation in 2012, the FDA and CDC did not require vaccine manufacturers to conduct large prospective, case controlled clinical studies or provide adequate biological mechanism evidence demonstrating the safety and effectiveness of the Tdap universal use policy for pregnant women.

A pregnant woman might well ask: Is there enough scientific evidence that  Tdap vaccine has been proven safe for me to get during every pregnancy?

It is clear that published data on the safety of Tdap in pregnant women is very limited, beginning with the fact that the Tdap vaccine was licensed in the United States without being tested in pregnant women. There is almost no data on the inflammatory and other biological effects on pregnancy and newborn health outcomes.5

The Food and Drug Administration (FDA) has classified Tdap as a Class C pregnancy drug. According to the Department of Health and Human Services, Class C drugs are those in which “Animal reproduction studies have shown an adverse effect on fetus and there are no adequate and well-controlled studies in humans, but potential benefits may warrant use of drug in pregnant women despite potential risks.”6

Other Class C drugs known to have adverse effects on fetuses are high blood pressure drugs, pain relievers, anti-convulsants, corticosteroids and anti-depressant medications.7 For example, studies have shown that the use of selective serontonin reuptake inhibitors (SSRIs) during pregnancy to treat depression increases the risk of birth defects in the heart, lungs, neural tubes, cranium and palate of the fetus and may increase blood pressure in pregnant women leading to preeclampsia, which can threaten the lives of both mother and child.8 9 10

Class C drugs in pregnant women have been associated with significant, sometimes life threatening side effects. The fact that Tdap is a Class C pregnancy drug raises serious questions about the safety and necessity of the CDC’s recommendation for Tdap to be given to all pregnant women during every pregnancy.

The CDC’s Tdap universal use pregnancy recommendations in 2011 and 2012 also grew out of the failure of a pertussis control strategy known as “cocooning.” The theory of cocooning is that if parents and everyone else coming in close contact with a newborn infant have gotten pertussis containing vaccines, the infant will not get pertussis.11 The ACIP now acknowledges using pertussis containing vaccines cannot effectively protect newborns from whooping cough and its complications, including death.12

In 2012, Australia ended its whooping cough vaccine cocooning program that offered free Tdap shots to parents because it was ineffective in protecting newborns from pertussis.13 Australia’s national and independent Pharmaceutical Benefits Advisory Committee (PBAC) determined there was no clinical effectiveness of cocooning after two pharmaceutical companies submitted Tdap data to the PBAC.

Pertussis cases in vaccinated children and adults are being reported in Vermont, California, Washington and other states, giving additional evidence that CDC multi-dose pertussis vaccine policies are not working.14 15 16 In 2013, FDA researchers published biological mechanism evidence that pertussis-containing vaccines provide only temporary immunity and often do not prevent infection or transmission of infection to others. 17 It is becoming common knowledge that Tdap booster doses cannot effectively control pertussis.18

Recently, the CDC’s Division of Reproductive Health published a report stating that “With almost one fifth of women not knowing their Tdap vaccination status, there is a widespread need for providers to ensure they are communicating information about recommended vaccinations and to educate all women about the importance of keeping their vaccination status up-to-date and documented, especially reproductive-age women. Health care providers can assist pregnant women by providing specific information about where to obtain Tdap vaccination, or offering to provide the vaccination, and also to write a prescription in case it is needed; additional tools for providers are available.”19

Despite vaccine safety research gaps and well documented failures, the Tdap vaccine continues to be aggressively promoted by public health officials, obstetricians and pediatricians for all women during every pregnancy. It is vitally important that women become fully informed about pertussis and Tdap vaccine before making a decision about whether or not to follow CDC recommendations to get a Tdap shot while pregnant.