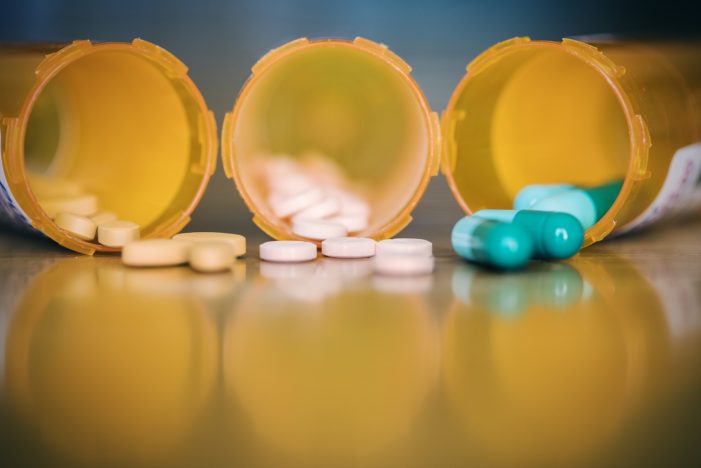 The common belief for patients and physicians is that all drugs undergo the same rigorous review, but the truth is that the Food and Drug Administration (FDA), which stands as the gatekeeper for the sanction of drug and device products, has flexible standards on what they approve and do not approve. Unknowingly to the public, the federal agency approves drugs based on studies with a small sample size, short duration and surrogate endpoints, instead of patient outcomes.

The survey also showed that the public trusts the FDA and gravitates toward the new choices the agency approves. In fact, when given a hypothetical choice, approximately 60% of the survey respondents opted for the newly approved drug versus an equally effective drug approved 8 years ago.1

New Drugs are Not Always Better

There are several instances where aggressive advertising by pharmaceutical firms has prompted quick uptake of a new-to-market drug with disastrous results. Perhaps the most well known example is Merck & Co.’s arthritis drug Vioxx. The drug received accelerated approval under the agency’s six-month priority review status in 1999. The safety database used for approval included approximately 5,000 patients. In 2004, Merck voluntarily removed Vioxx from the market after the drug was linked to an increased risk of heart attacks and strokes in a post-marketing study.2

However, the damage was already done. In between the time the ill-fated drug received FDA approval and it was voluntarily removed from the market, Merck spent up to $500 million in direct-to-consumer marketing, which resulted in widespread use by the public as evidenced by $2.4 billion in sales by 2003.3 Because of Merck’s advertising efforts, the public’s trust in the drug’s advertised claims and FDA support, there were approximately 60,000 unnecessary deaths.4

A similar lesson was learned in the case of Ariad Pharmaceuticals’ chronic myeloid leukemia treatment Iclusig. The FDA granted Iclusig accelerated approval on Dec. 14, 2012 based on an unpublished, single intervention Phase II trial that included 449 patients and a follow-up period lasting 10 months. At the time of approval, there was a suggestion of cardiovascular, cerebrovascular and peripheral vascular thrombosis adverse events.

On Oct. 31, 2013, the FDA suspended marketing and sales of the drug because of emerging data showing a substantial increase in arterial and venous thrombosis. Ultimately they decided the risks outweighed the benefits. On Dec. 20, 2013, however, the agency revised its decision and allowed for narrower usage for a select group of patients—those with T315I mutations or in whom other tyrosine kinase inhibitors had failed. They updated the warning level to acknowledge the risk of vascular events and asked Ariad to conduct post-marketing studies.

“When a drug is brought to market rapidly, there is lag between information available to regulators and information published and available to clinicians. For the time being, there will be a delicate balance between bringing drugs to market faster and the inevitable instances when, just as quickly, the drugs will need to be removed from the market or their indications revised,” two oncologists concluded about the Iclusig situation.5

One systematic analysis digs into the FDA’s review process and finds varied quality and strength in the clinical trial evidence used to decide approval for pharmacologic and biologic drugs. Researchers at the Yale School of Medicine collected publicly available FDA documents to evaluate the review process for 188 agents intended to treat 206 indications approved by the agency from Jan. 1, 2005 through Dec. 31, 2012. Nearly one half of the uses covered three main therapeutic areas—cancer, infectious diseases and cardiovascular disease/diabetes/hyperlipidemia.

The approvals were based on 448 pivotal efficacy trials. There was a median two trials per indication. However, 74 indications (36.8%) were based on a single trial. Only 24.9% of the approved uses had been based on three or more studies.

Even though most of the trials were randomized, double-blinded and compared with placebo or a similar active agent, which represents the gold standard for the industry, there was still great variation in the duration, size and completion rates. Many trials were short and small. The median number of study enrollees per indication was 760. In total, 113 trials (25.2%) for the approved uses lasted six months or more. The median trial duration was 14 weeks. While 143 trials (31.9%) utilized an active comparator already on the market, 58 trials (12.9%) had no comparator. Nearly 50% (219 trials) focused on surrogate endpoints (i.e., lab values) and 130 trials, or 29% , focused on clinical endpoints (i.e., death).6,7

In response to the findings, FDA Commissioner Dr. Margaret Hamburg explained how the “one size fits all” approach would not work, highlighting some indications, such as those treating rare diseases, that only need trials with a handful of participants to demonstrate efficacy.

“We believe varying approaches to clinical studies to support drug approval is good news, not bad,” she said. “No matter what clinical trial design is chosen, the agency always applies the same statutory approval standards of safety and efficacy to all drugs seeking to be marketed in the United States.”8

On the other hand, of the 302 applications for never-before-marketed drugs submitted to the FDA between Oct. 1, 2000, and Sept. 30, 2012, only 151 applications (50%) were approved after the first review cycle. Seventy-one applications required one or more resubmissions, a median of 435 days later. Some would argue that these kinds of delays hinder the availability of new drugs for patients.10

As the number of new drug applications coming into the FDA keep increasing, the agency is at risk for both over- and under-regulating innovation in medicine. And this is the fine line that the FDA rides. While the FDA’s regulatory flexibility allows for a customized approach, the inconsistency makes a difference.

“If it [the FDA] is too lenient, it will allow the sale of drugs and medical technology that could harm vulnerable Americans. Too tight, and the U.S. is being deprived of key innovations that could cut costs, increase health, and create jobs,” the Progressive Policy Institute noted.11

“This variation has important implications for patients and physicians as they make decisions about the use of newly approved therapeutic agents,” the Yale research team wrote.12

One Response to "Does Pharma Pressure Sway FDA Drug Approvals?"