Will Newborns Be Separated from Parents for COVID-19 Testing?

Opinion | The Bill & Melinda Gates Foundation is the biggest funder of vaccines in the entire world and, according to Gates, its COVID-19 vaccination effort “dwarfs anything we’ve ever worked on before.”1 Indeed, Gates push for mandatory COVID-19 vaccination—and investment in those vaccines—is historically unprecedented. In an Apr. 30, 2020 GatesNotes post,2,3 Gates even […]

Opinion | Primum non nocere—“first, do no harm”—is a basic tenet of medical ethics. That is about to change in India. “Controlled Human Infection Method” (CHIM) studies are planned to be introduced here. Humans are to be deliberately infected with diseases to test the efficiency of experimental vaccines. It will provide a shortcut to vaccine licensing […]

Just after 1 a.m. the morning of Feb. 25, 2019, a SWAT team with guns drawn broke down the door of a suburban home in Chandler, Arizona where parents were caring for an unvaccinated child with a fever. The armed policemen had a “temporary custody notice” from a judge to remove a two-year-old from the […]

In a recent video commentary published in Medscape, New York University professor Arthur L. Caplan, PhD offered his views on the question of whether children have “vaccination rights.”1 Dr. Caplan thinks that what he defines as the “vaccination rights” of minor children supersede the legal right of their parents to exercise informed consent to vaccination on their […]

Public Health England (PHE), an agency within the United Kingdom’s Department of Health and Social Care, has failed to publish the results of three major clinical trials evaluating childhood vaccines, according to British newspaper The Telegraph. The failure “breached the law” by neglecting to add the results of the trials to the EU Clinical Trials Register […]

Should Doctors Lose Their License Over a Difference of Opinion?

The art of medicine. It’s the cornerstone of medical practice. If medicine were all science, and only science, then we wouldn’t need human beings as doctors. We could just use computers. Or robots. They’d probably do better if medicine were simply the act of decision-making based purely on facts. How much easier would medicine… 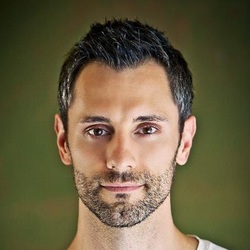 Where does your doctor’s allegiance lie? Does your healthcare professional listen to your needs and wants as a parent or are they nothing more than affiliate distributors for pharmaceutical companies? It was reported by independent journalist recently that some doctors offices are now demanding their patients sign an immunization contract. What’s an immunization contract…

In chaos theory, there is a familiar metaphor known as the “butterfly effect” that suggests small changes in initial conditions (the flapping of a butterfly’s wings) can result in large differences in a later state (the pattern of a hurricane). In the area of vaccine safety, we’ve seen this play out time and again; most recently, when the misrepresentation of study data on minute…